Oolong is its own category of tea that is separated by a unique shaking and rest process. This tea is sometimes wrongly separated from other categories of tea based on its fermentation level, but it is important to understand that fermentation level is based on the process and not the defining characteristic of the classification. This is especially true for Tie Guan Yin which actually has a few different styles based on the level of fermentation.

After the tea has been withered in the sun, it is subjected to its first shake. The goal of shaking the tea is to activate the enyzmes in the leaf and facilitate the remaining water in the leaf to leave through the stem which is kept on. The first shake is the shortest, about three minutes. While traditionally done by hand, this step now now commonly done in a large barrel like machine that rolls, turning the tea inside. After the tea is rolled, it is left to rest. This is where the enzymic metabolism occurs and the water leaves the leaf. The leaf is then turned again, and then again left to rest. It is the job of the tea maker to decide when the tea is ready to be turned and when it is needs to be rested. The father and grandfather of the house would sit next to the turning machine and occasionally stick their hand in looking at the tea and smelling it to see where it was at. I also observed the tea, and while I could not make out an distinct difference in the look of the leaf, the different smells of the tea was very apparent. When the tea is rested the smell is deep but low. When after the tea is turned the aroma is much more lively and upward.I am sure that there is a lot more to the aroma and that I was not smelling, but I began to understand the difference in the state of the tea after it had been rested and after it and been turned.

The tea is usually rested for an hour or more. So while this process begins in the late afternoon or early evening, the next step doesn’t happen until the following morning. The next step is the kill green. The tea is put into what is basically a turning oven, similar to the ones used in Huang Shan for Mao feng, and the remaining enzymes are killed. The tea next goes under the shape making step.

Tie Guan Yin has a signature half ball shape. In the area it is referred to as dragon fly head, tadpole tale. This shape is done by rolling the tea in a small sack. Getting this shape isn’t easy though, the farmers wait till later in the season when the bud has opened up into a leaf to make oolong; this means the leaves are larger and not nearly as tender as a green tea might be. You can get the shape in a single roll, so the tea goes under a receptive motion of rolling and then heating to achieve the desired tightness of the tea. First the tea is put into a sack and then rolled till it cant go any tighter, the sack is then emptied into a machine that breaks the tea apart, which has been condensed in a giant ball during the rolling, and adds heat to make it easier to work with. The tea is then put into the sack and rolled again, this time becoming a little more rolled then the last time. These two steps are repeated with the tea leaves becoming a little more rolled each time until the desired shape is acquired and they get the final baking, removing any last moisture and preserving the aroma. 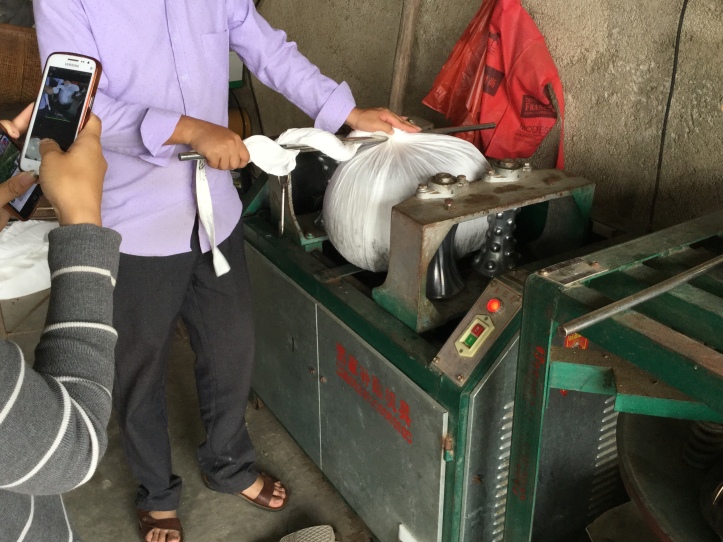 In the beginning of the season only the lower mountain teas were picking and the family was able to handle it on their own. As time went on though the breakfast table started to get more crowded as workers were hired from near by areas to help pick and make tea.

You could see other households were busy too. Every morning people would drive by with giant sacks of finished tea to be delivered to local buyers. Neighbors often dropped in to try each others tea. I am proud to say that in a blind tasting I always considered my households tea to be better than the neighbors who dropped it off. The Tie Guan Yin made by the family I was with was always smoother, more aromatic and with more of the floral aroma. They truly made good tea.

Try the tea being made in these photos by visiting https://sweetestdew.wordpress.com/buy-tea/wulong-tea-oolong/ 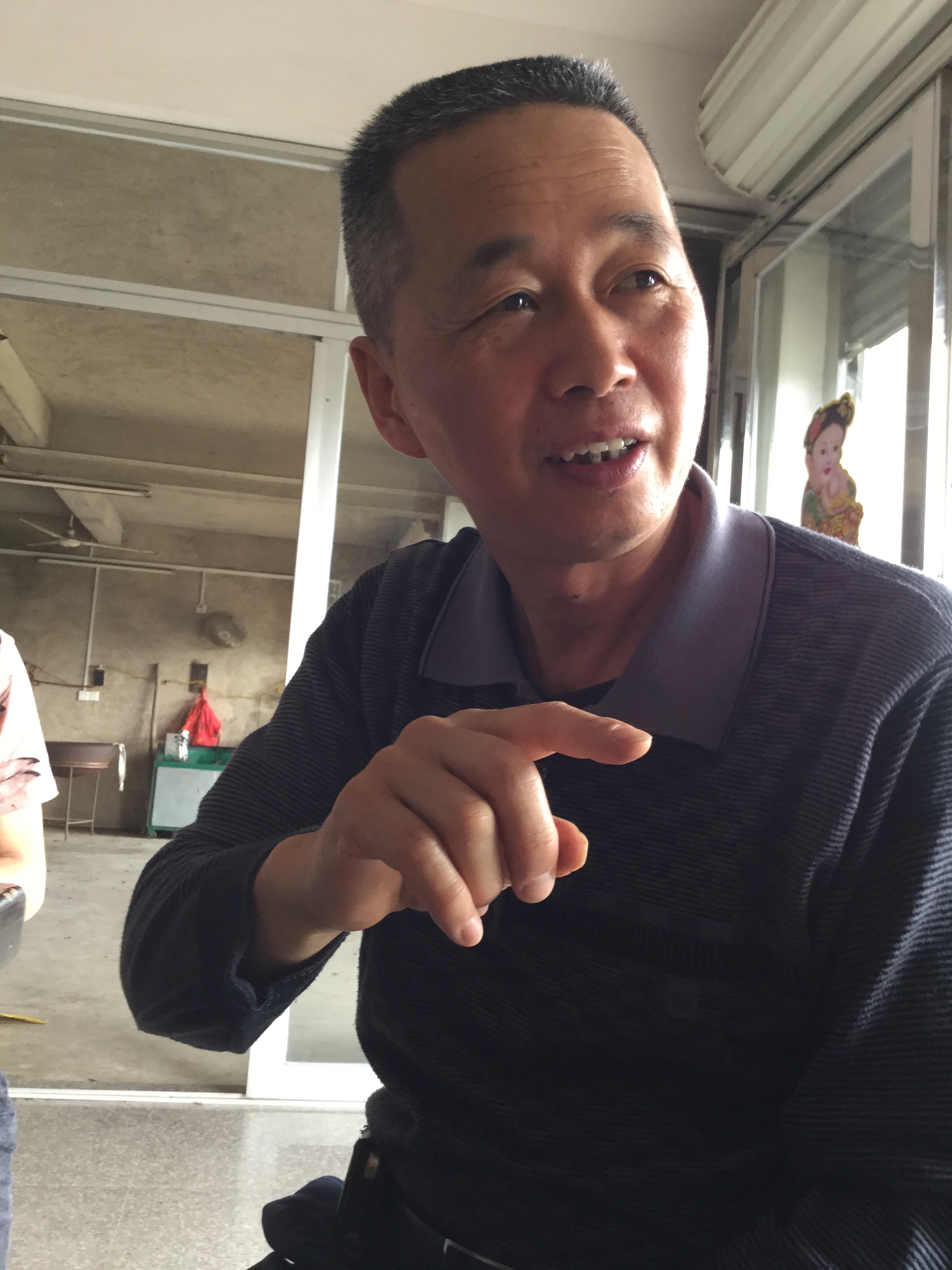 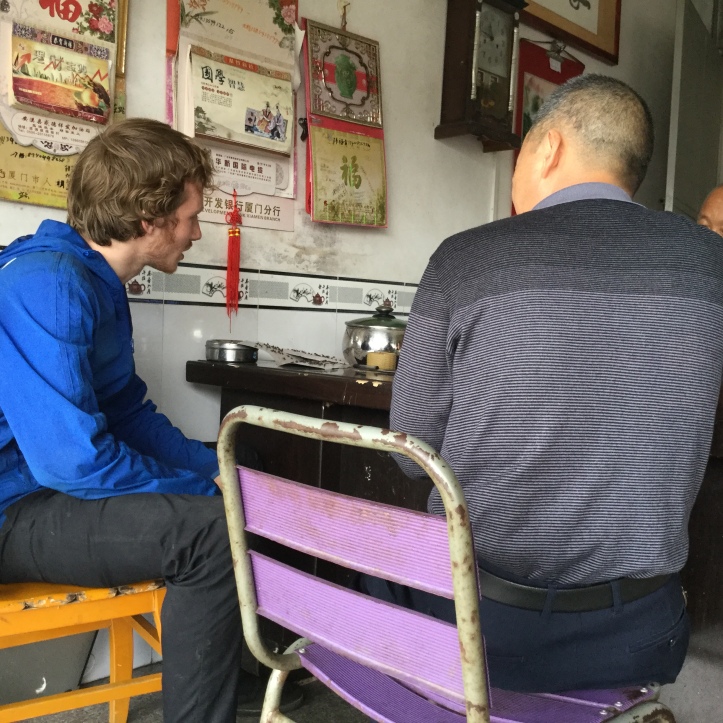